Posted on 11/15/2018
ArmourLite Watch Company exhibited at the 36th Annual SWAT Round-Up International near Orlando. Over 60 SWAT teams from around the world came to compete in a multitude of extreme challenges. On Wednesday evening at the annual banquet Point Blank Enterprises honored and recognized the South Central Regional SWAT team from North Haven, Connecticut, by presenting them with custom made Isobrite T100 tritium watches. We are so honored to have these brave heroes wearing our timepieces! On May 2, members of this heroic SWAT team were called to a house in North Haven to arrest a suspect for a domestic violence incident. The suspect barricaded himself inside the house and set off a massive explosion that was so violent, the SWAT team was literally blown off of their feet. The team was seriously injured, but thankfully survived because of their body armor by Point Blank Enterprises. 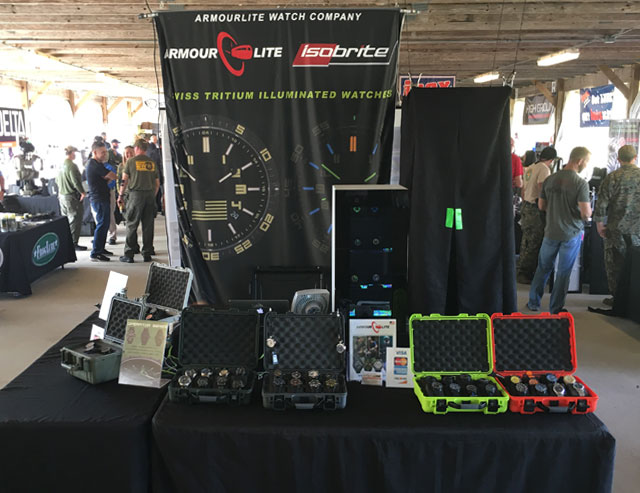 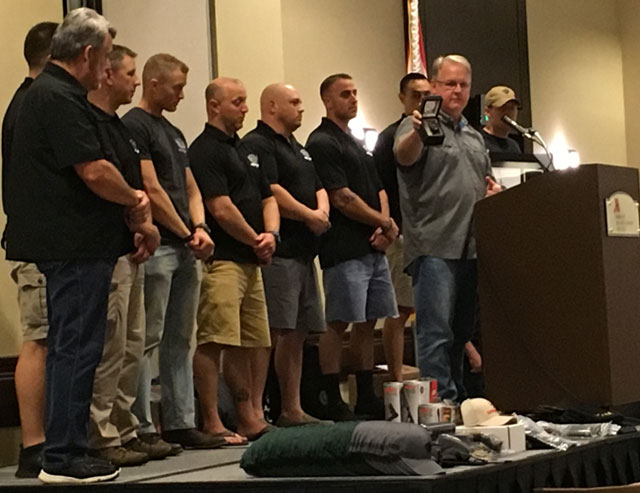 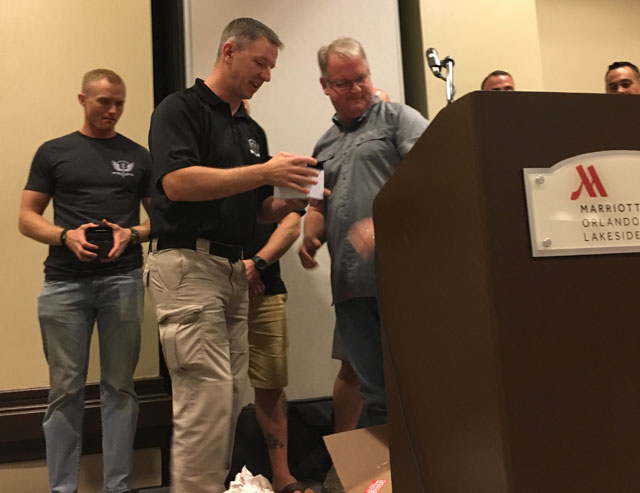 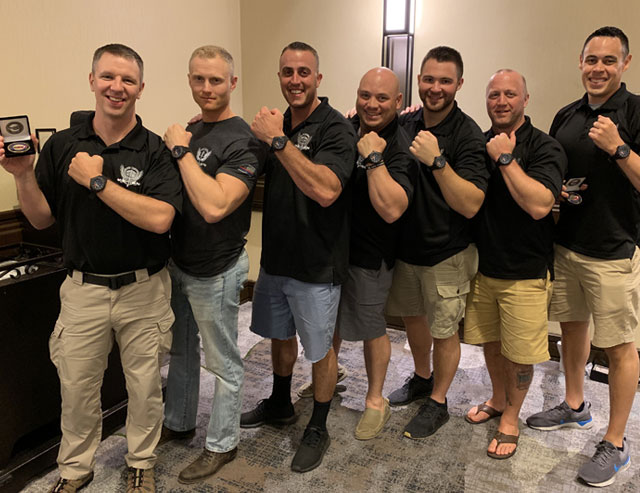