Tritium sights are a must-have tactical necessity for handguns that are used by the police and military. Outdoorsmen and tactical enthusiasts also find it useful to have sights installed on their handguns. In addition to handguns, you will also find tritium sights commonly being used in rifle scopes. 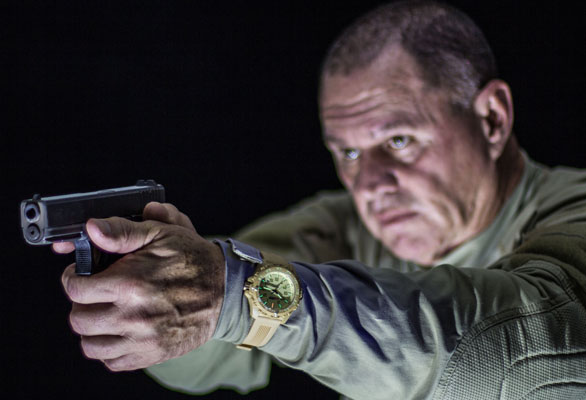 The basic purpose of these tritium sights is that they glow in the dark, which makes them always visible at night.

Over the years, the use of tritium sights have gained prominence, so much so that today several companies offer a wide variety of products in a lot of different designs, wherein the tritium component remains the same in all.

In low-light conditions, self-illuminating tritium night sights work as the perfect solution. Not only do they not spoil your night vision, but also at the same time they are not visible from a distance as to give away your location. One of the biggest advantages of using tritium sights is that they last for years on end without needing an external power source.

If you want to be the proud owner of tritium illumination that is used in gun sights and rifle scopes, you are in luck as companies like ArmourLite Watch Company use the same tritium in their ArmourLite and Isobrite watches. This gives you the perfect opportunity to be a proud owner of great night sights, scopes and tritium watches that match your firearm.

So how does tritium technology work in watches? Let us take a look.

To begin with, ArmourLite Watch Company is an American company based out of Miami, Florida. The company, which was established in 2007, is famous for designing and manufacturing the toughest and brightest Swiss tritium illuminated watches under the brands of ArmourLite and Isobrite. This is the identical tritium that is found in your handgun sights and rifle scopes.

These tubes are then laser sealed. The electrons of the tritium gas present inside each of the glass tubes start to continuously react with the phosphorescent paint, which produces a radio luminescent light source. This electrical reaction in the chemical process is what makes the luminous paint continue to glow for many decades.

The best part is that there is no need for any external power source of charging by light to maintain this glow. The glow of ArmourLite and Isobrite watches is entirely self-powered. 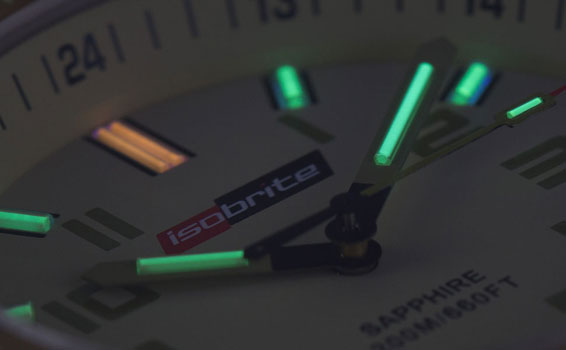 The more electrical energy, the brighter the visible illumination. If you want to compare the difference between the brightness, you can easily do so by comparing a T25 watch and a T100 watch in the dark.

The Isobrite T100 watches are the latest technology in the industry when it comes to tritium watches. With this newest technology, it is now much easier for your eyes to see the time in the dark, especially when you are transitioning from an environment of light to a dark one. With the increased visible brightness of T100, this transition from a bright environment to a dark one has become much easier on your eyes.

Many people tend to underestimate the importance of having a wristwatch that glows brightly in the dark. If you serve in the military or work in the law enforcement community, having a wristwatch that can show you the time in poorly lit situations can prove to be crucial, while also not giving up your location. You do not want to be caught in the dark at night unable to read your watch's dial. 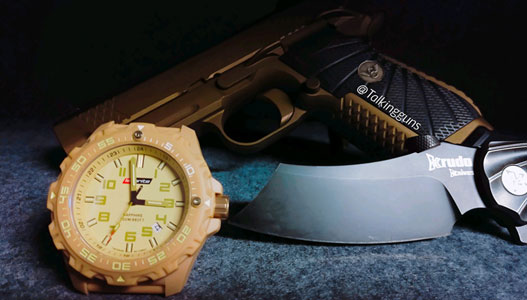 The readability of a watch’s dial should be consistent both at night and in the day. With the innovation of tritium gas tubes, watchmakers like ArmourLite Watch Company have managed to achieve this consistency.

If you have an Armourlite or Isobrite, watch then you would already know that this self-powered illumination technology is the highlight of these impressive watches.

If you want to trade-in your watch and quickly get a new ArmourLite or Isobrite watch on your wrist, the Trade Up Program is the best form of recycling for your old watch. The company happily accepts working, broken, or even destroyed tritium illuminated watches.

With such a convenient Program in place, who wouldn’t want to purchase an ArmourLite or Isobrite watch, especially when it can match your firearm.

You can never go wrong in purchasing an ArmourLite or Isobrite watch as the company has many years of experience as a leader in the watch industry, designing and manufacturing the toughest and brightest tritium illuminated watches.